Which players will be on the Celtics team next year (Kanter, Edwards, Green, Poirier, Wanamaker, Ojeleye)?

To agree with my SWAGs I have to say … none of them. But to make this a little more interesting, I'll classify them.

I don't feel good doing it because I like Semi. He seems like a really high quality guy who cuts his tail and has proven that he can play defense at a really high level. I think we need more people, not less. But the Celtics have a limited number of roster slots and the team has the option to easily walk away from their $ 1.7 million salary. Since Grant Williams offers much of what Semi brings, there's no reason to bring him back to Ojeleye.

Carsen is cheap, has no commercial value (would probably make a choice to drop it), and the best version of him is just the kind of player the Celtics could use. A microwave counter from the bank. That doesn't mean he will be back, but I can see a path to him standing around.

Wanamaker is probably the best player on this list. It's useful and could add point guard depth to the Celtics. Kanter could still use his option and may not have been traded. Green has proven that he's at least an NBA fringe player. I just feel like everyone is likely to find a new home this off-season. But I was wrong before.

What do you think of the following players to replace Semi Ojeleye on the list in terms of the chances of us signing them and how much better do they make us? Harry Giles, Christian Wood and Dario Saric

What do you think of the following players as replacements for Brad Wanamaker on the roster, in terms of the chances of us signing them and how much better they make us? Reggie Jackson, Jevon Carter and Frank Jackson

Sign up for Harry Giles, if only because he seems to be best friends with Jayson Tatum and anything we can do to keep him happy for the next few years is fine with me. Plus, Giles seems like a low-buy, low-risk guy worth trying out. I'm not sure if we can afford Wood or Saric. Run away from Reggie Jackson screaming.

Theis is a great rotation piece but I still think we're in the market for a great starter and a scorer off the bench.

Do you think Danny would try DMC and I.T.

Do you think bringing back I.T. would cause chemical problems?

However, I am completely with Isaiah Thomas (depending on the physical and timeline). I don't think you can rely on him to be "the answer". He will certainly never be the MVP candidate to take on Q4 for a full month. But it could be a great change from the bank that the Celtics could use. He needs one more chance to prove himself and it would probably be okay to get off the bench behind Kemba at this stage of his career. It would be a low risk, low cost game and if that hip is running right there could be a decent upward trend. Plus, it's a feel-good story that would sell well with fans. 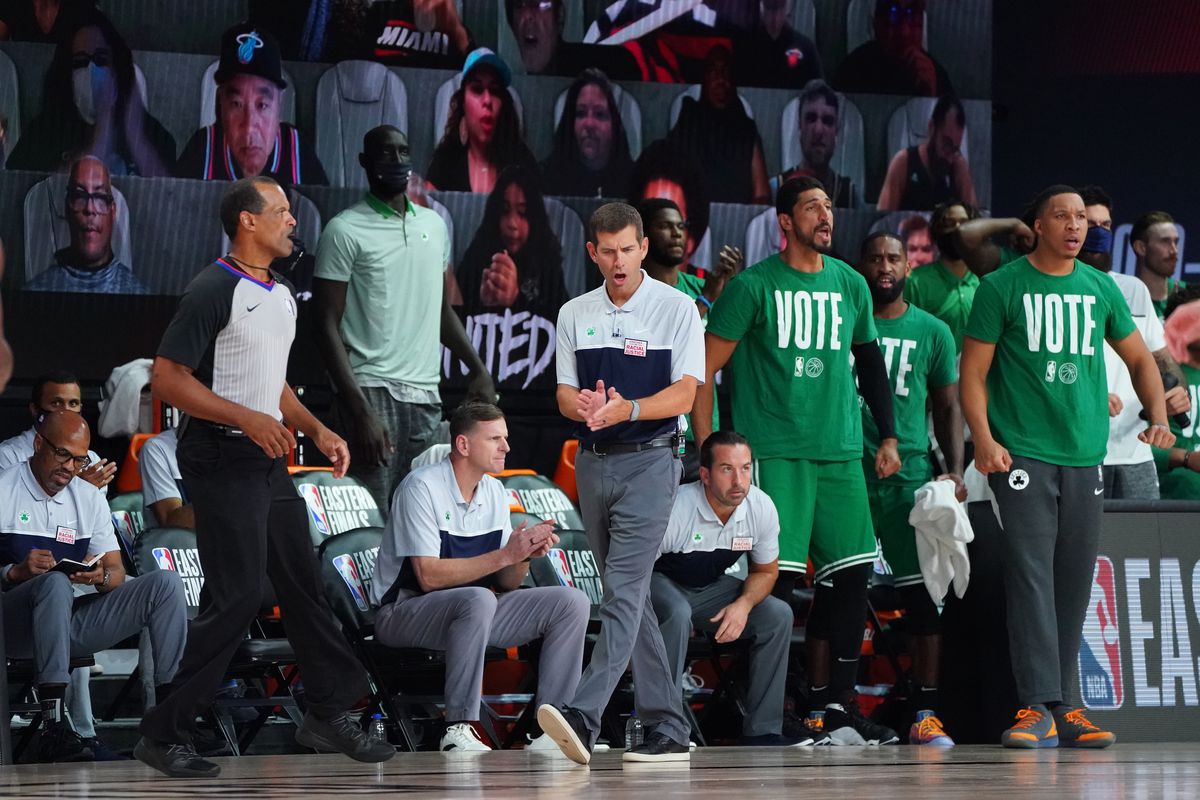 What are the expectations for the next season?

The Celtics have completely reorganized the ECF for three of the past four seasons, but the past two years have ended much more disappointing than the first two. How will management judge if this team needs minor adjustments and significant changes? or to blow it up and just rebuild around the two Js?

When you listen to Brad Stevens, the only goal is continuous improvement.

If you hear Danny Ainge, the only target is Banner 18.

Of course they are both right and I think they agree. It all depends on how you style it and how the year turns out.

You could show tremendous growth, develop several key players, and make great additions only to get bad matchup and injury luck in the playoffs. That would probably be a "win".

On the flip side, they could stagnate, swing, and miss with some players, and generally underperform, only to get some lucky wins in the playoffs and get back to the Eastern Conference final. For me this is a "loss" despite a similar result as this year.

In terms of team building strategy, I think the team must continue to draw the line between remodeling / retooling and competition. We have two young cornerstones that need evolving, but we cannot sting for the next few years if we have a legitimate attempt to assert ourselves. It's hard to do both, but that's the challenge.

Will Danny Kemba and Jaylen offer a deal for Giannis?

Who in the east will be the biggest obstacle for the Cs to win the conference finals? What impact will Doc have on the Sixers?

Doc will get a lot of attention as a star whisperer in Philly. Maybe he can get them to play harder and more as a unit. However, the underlying problem of ground clearance and poor fit doesn't go away with a dramatic pre-game pep talk.

I'm not sure you've heard this a few thousand times before, but the networks expect Durant and Irving to be back on the ground next year. Of course, we need to see if either of them is completely healthy again and how the rest of the roster fits around them.

All of that brings me to the dollars. Sure, the heat beat them in part because they have great matchups to battle Milwaukee's roster and scheme. The Celtics do not (yet) have such a matchup advantage. If the Celtics pull the money in the playoffs, it will be a difficult task.

I have to give the heat and raptors a big nod too. This year we found out how dangerous both teams are. I think depending on how the off-season turns out, the Celtics could very well be in the finals next season. But the east is no longer a cake.

How much leash does Brad have?

What does Ainge need to see before deciding to walk away from Brad?

Brad Stevens just got a contract renewal so I think Danny is still a huge fan. How it should be.

Think about how the past season went. The team showed massive underperformance, had dressing room issues and was a mess by the end of the playoffs. And yet Danny still showed his coaching support.

Keep in mind that Doc Rivers went through years of rebuilds and multiple iterations of would-be competitors before the KG trade took place. But Danny Ainge stayed with him and was rewarded with a championship.

I'm not saying the same thing will happen to Brad Stevens, but it speaks for Daniel's long-term vision. He won't make a choppy decision to fire the coach if he's not happy with the results of a playoff series. 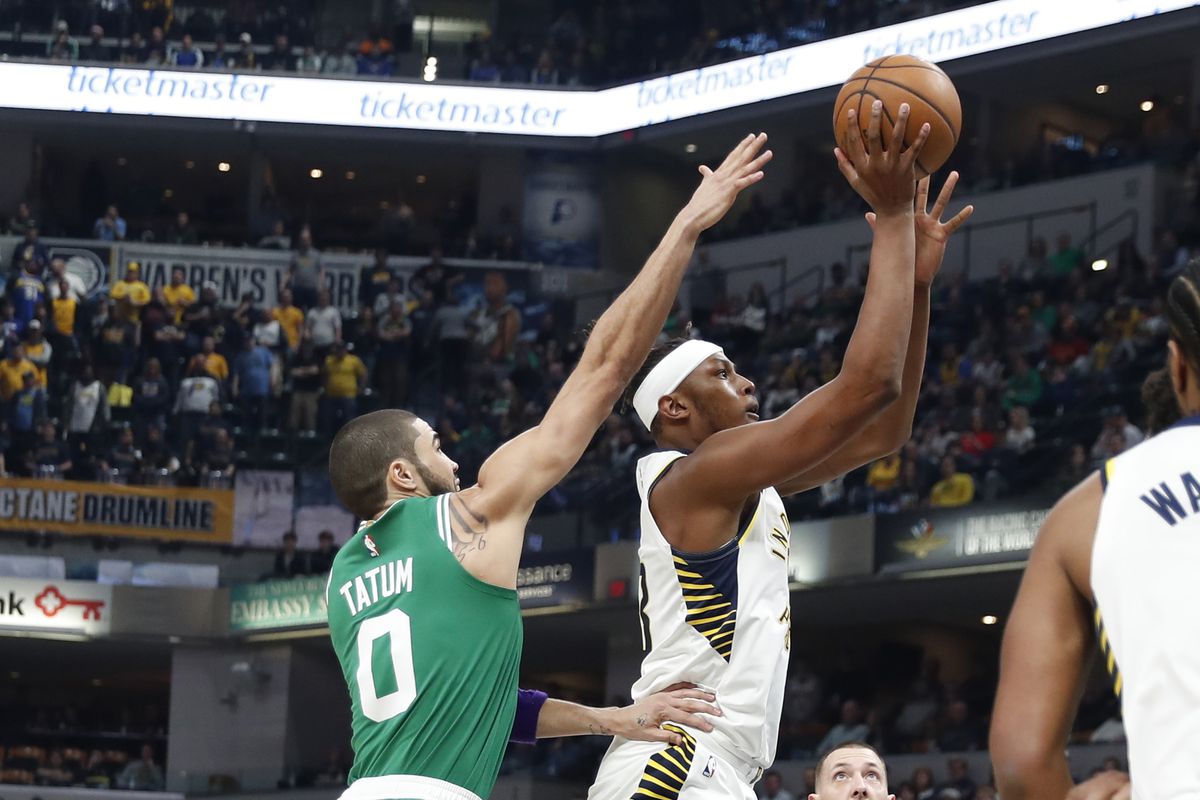 Is there a chance to get Myles Turner?

Without giving up Gordon Hayward?

After Indiana: Romeo Langford, Carsen Edwards, Vincent Poirier, No. 14 and No. 26

I will give you points for creativity. Just understand that 3 team deals are very difficult to do. Many competing interests play a role. It's also very difficult to cobble together multiple players to take just one back. The other team must have enough roster slots to accommodate these salaries.

In general, Myles Turner doesn't sell me anyway. He blocks shots and shoots 3 pointers, but that might be some fool's gold. He's not a good defender and hasn't really differentiated himself beyond perimeter shooting. But he's still pretty young (24 years old) so maybe he'll develop an all-round game with good coaching.

So I guess I'm probably not saying … but you never know (in the Lloyd Christmas sense).

Which of our serious long-term needs seem most important to you?

A successor in the position of Lead Ball Handler to succeed Kemba.

Another big wing to play alongside the Js as Hayward might be gone this summer or next (he might be staying longer but it's a worry).

So I guess which one is the biggest long term need, ball handler, wing or big?

Do we emphasize this in the draft?

Good question, especially since Ainge has indicated that it will do a needs draft this year. I think a lot depends on how you view the young players in these roles right now. Injuries aside, the team seems to have high hopes for Romeo Langford as a solid wing option for the future. Robert Williams has some potential in the middle, but they may want to strengthen that position further (especially if Kanter leaves). A backup guard would also be welcome as Tremont Waters won't grow by 3 inches in the near future.

In the end, I still think we should still go with the "best available player" as we have needs all over the bank. On the other hand, we could try to meet these needs through free agency and trade, so we'll see.

I've been a vocal advocate of trading ALL the picks to either get up or out of the draft. But it all depends on what you get for it.

If you could get me to pick one point that I want to improve on the design, I'd probably choose a tall man by default (because you can find guards everywhere and we have depth on the wings).

Northamptonshire: Richard Levi agrees to increase contract for one yr