Enes Kanter on observing Ramadan and fasting in competitors

With the end of the Islamic holy month of Ramadan this week, a number of NBA players are participating in its daily fast – which means cutting out food or drinks (yes, water included) for 30 days from dawn to sunset. Fasting takes place before 4 a.m. on the longest days of the month. until 8 p.m. in some US cities.

With plenty of NBA matchups starting at 7:30 p.m. and some in the afternoon, players like Kyrie Irving, Enes Kanter, and Rondae Hollis-Jefferson play fast while they're on the court. Even if they are able to break their fast in the middle of a game, their previous full meal was likely at least 15 hours before.

"Me and (Rondae) sat on the bench and I started eating pasta and he started eating fruit," says Kanter of breaking the fast. "I thought, wow, we're really eating in the middle of the game … it was just amazing to see another teammate fast with you."

For Kanter, the support from his teammates over the years has been extremely uplifting.

In 2019, the first day of Ramadan fell in the middle of the Blazer's Western Conference semifinals series against the Denver Nuggets, which led to Game 7. Before Kanter started warming up in the plaza one evening, he wanted to break his fast in the locker room as sunset was approaching. He told his teammates to go ahead without him and he would go along after he opened his fast.

"Everyone just stopped in the locker room and … they were waiting for me," says Kanter. “They waited for me to break my fast so we could all go out as a team and all play together. It gave me so much hope and made me so happy. "

Such solidarity from his teammates is not uncommon for Kanter. During his career, he has been very open and vocal about his belief in and practice of Islam, and he says he has always received only respect from the NBA.

"I'm a practicing Muslim, Alhamdulillah (all praise to God). I'm just trying to bring peace and love to this world through my religion," he says. “One thing my religion taught me… is to leave your differences on the table and try to figure out what we have in common. We only have one world to live in, so we need to improve this world together. "

Kanter often reads up on various religions so that he can have respectful and meaningful conversations with his teammates of other faiths. He says he is sitting in his hotel room and opening the Bible or the Book of Mormon for some understanding.

“One thing I've seen especially in the NBA – what amazed me the most – is respect. Me and my teammates come from different religions and cultures, different countries and backgrounds, but … we left our differences in the locker room, ”says Kanter. “(We) try to go out there and play one language – basketball. That made us better friends and teammates. "

At the organizational level, Kanter saw the same signs of respect. The Utah Jazz, Oklahoma City Thunder, New York Knicks, and Boston Celtics provided him with halal meals that matched his dietary restrictions. OKC even gave him a private room so he didn't have to miss his daily prayers, which had set times throughout the day.

However, Kanter's parents were initially concerned that their young son would continue his religious duties in the United States when he went to college. However, the 6-11 tall man proudly practices his faith with the hope of inspiring others to do the same as Hakeem Olajuwon did for him.

"Two years ago, when I decided to fast, I texted Hakeem Olajuwon," says Kanter. “He was just very happy. He was very proud of me … he told me to eat dates and oatmeal and drink water for suhoor (the pre-dawn meal). I couldn't believe how he survived just eating dates, oatmeal, and drinking water. But this year I did the same. I texted him and he told me the more challenging it is, the more reward you will get. "

To limit the shock to his body, Kanter fasts once or twice a week on non-game days throughout the year. Even so, month-long Ramadan is a different ball game. It's not easy to see your teammates cool off with water or Gatorade during a break (though Kanter says they often try to turn away so as not to tempt him) while you're just as dehydrated, but so much Fasting is a mental exercise in addition to a physical one.

"I'm more focused, play a lot better and feel a lot better on the pitch (in Ramadan)," says Kanter. "That's why I say my superpower is coming back … I feel like my mind is super sharp and my body is ready to go." 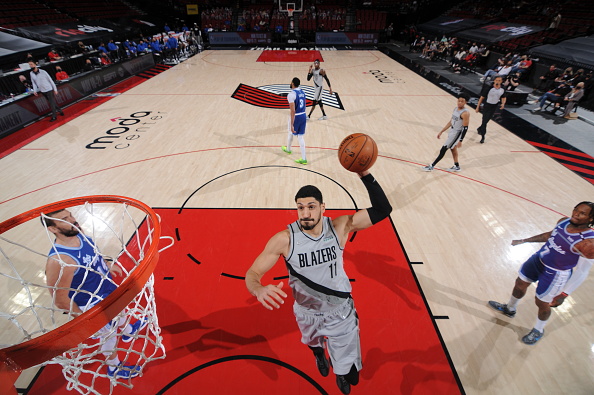 This Ramadan appears to be the first time the Brooklyn Nets superstar Kyrie Irving has fasted for Ramadan, yet he has played six games with over 30 points since the beginning of the holy month. After Irving confirmed he was fasting in April, Irving took off against the suns for 35 points, 12 assists and 6 rebounds in 34 minutes and was nicknamed "Ramadan Kyrie" by Muslim fans around the world.

To those unfamiliar with the practice of Ramadan, not eating or drinking for so many hours might seem distressing. While fasting definitely requires "adjustment," as Irving says, there is a reason why those who follow the Islamic faith make such a sacrifice.

"I am attending Ramadan with many of my Muslim brothers and sisters," he recently announced. "Just to be committed to my service to God – Allah – and then to continue with what I am led … Fasting is definitely part of it when you know anything about the Muslim community. I am just very blessed and grateful for that I can take part in it. " 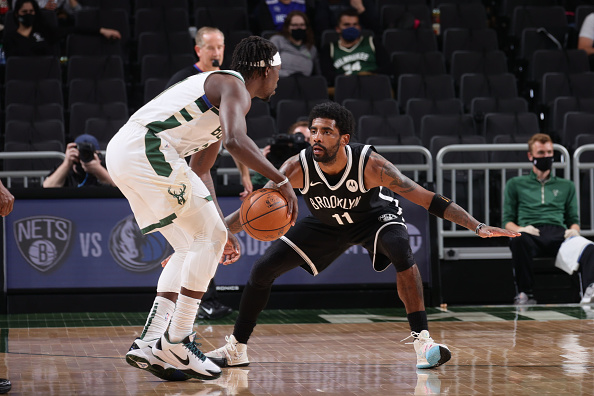 Commitment to service, fellowship, blessed, grateful. If you ask a Muslim about Ramadan, you will likely hear them recite many of the same words as Irving.

This is because Muslims see fasting not as a kind of punishment, but as an opportunity. It is a time to remove distractions and reconnect with God, with yourself, and with your community.

A Muslim's observation of Ramadan should ideally lead to the fact that he is a better person beyond the month, both in dealings with his fellow human beings and with the world. Fasting not only refuses to eat and drink, but also generally refrains from negative behavior. Patience, sympathy, forgiveness, kindness, and charity are all heavily emphasized.

“This whole month gives your mind, soul and body a break from everything. It focuses on your inner world and tries to be a better person, ”says Kanter. "This not only affects you, but also the people around you, your teammates … and the whole world."

Man Utd boss Stoney resigns on the finish of the season

The 2021 melting pot: a fan's perspective