Neil and Mille with Alexander and Penelope.

Last year's losing finalist Neil Robertson is hoping to be a step better this year in Milton Keynes when he comes into the game as a married man at the BetVictor English Open for the second time.

There's still time to see the best players in the world at the Marshall Arena from November 1st through November 7th. Click here to book your tickets now.

Robertson married his longtime partner Mille in August. They have two children together named Alexander and Penelope and got married at Café Royale in London.

The Australian says it's a day he'll never forget, but admits it was an opportunity that caused a different kind of nerve for those skilled at the snooker table.

Robertson said, “It was wonderful. I'm usually pretty calm about big tournaments and things like that, but that's a different kind of pressure. So many things are out of your control. They just hope that the day goes according to plan and that nothing in the building like the power goes out. Any kind of thing that you literally have no control over makes you nervous. Fortunately, everything went according to plan and the weather held up.

“I only shot from the hip in my speech. I had no notes or anything written down. I wanted to talk about how I had received the day. I'm pretty used to that from interviews and media work in snooker. It was pretty fun, I didn't know this was happening, but some of Mille's Norwegian friends had this trophy made up for me. Before my speech, they presented it to me to imitate what it normally is when I speak in front of people. After a tournament you get a trophy and start talking. That was really nice and helped break the ice before I started speaking. 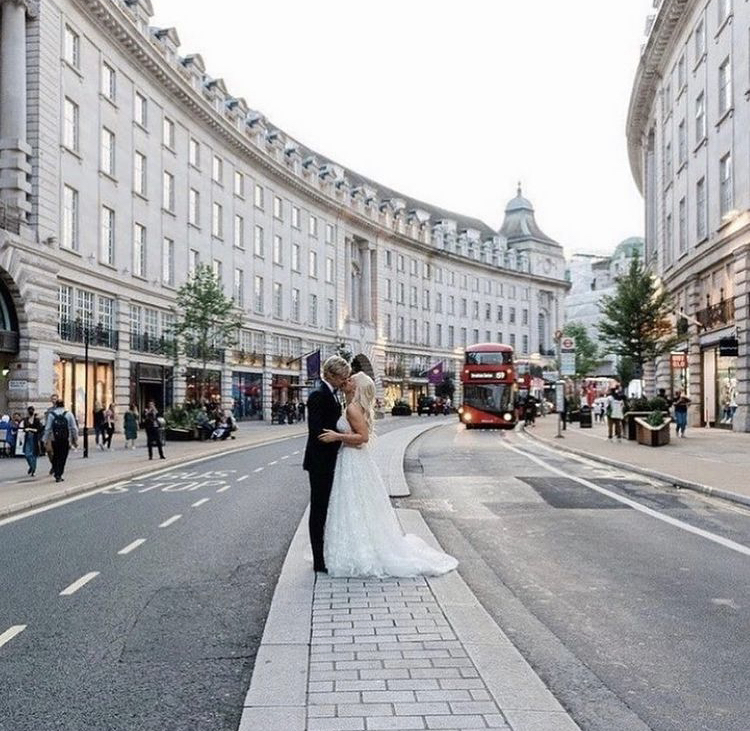 “We went out into the middle of the street on Regent Street to take the photos and the photographer actually told us that one of the photos would have a bus on the side. Mille's girlfriend and I held the dress to make sure she wouldn't get swept off the bus. We actually asked the photographer if it was a good idea to stand there, but he said yes and it was a great shot that we would never take again. The recording spoke for itself and a lot of people raved about it, which was great. These photos are so important and it was amazing to get them. These are the things that you can always look back on to remember the day. "

Based on last year's English Open final, Robertson gave up a 7-4 lead and eventually lost an exciting encounter with world number one Judd Trump 9-8.

The pair have developed an almost era-defining rivalry over the past few years, with classic bout after bout in title bouts. Their last four encounters were in the finals and three of them reached the crucial frames. Robertson won their last encounter in the UK Championship Final 10-9.

"It's crazy. Whenever Judd and I face each other in a finale, it always seems to get to the point with massive drama. I've suffered some heavy defeats and for him against me, ”said 39-year-old Robertson.

“We seem to get the best out of each other and the best kind of drama for sport. The way we both play, you'd expect one to come out on top and blow the other away, but that doesn't seem to be happening. "