The newest player to compete in our Greatest Match series is 2006 World Champion, Graeme Dott. Logically it was an in-depth discussion of his crowning melting pot moment, an 18-14 defeat by Peter Ebdon in the 2006 World Finals. However, Dott wanted to point out that, in his opinion, it was his best hour rather than his best performance …

“To be honest, when you think of the biggest game, it's very difficult for me to say the 2006 World Cup final with Peter Ebdon. Everyone will think I would say that, but it just wasn't a good game, ”said 44-year-old Dott.

“That would be the most memorable, so if you define it that way, I have to stick to it. The best moment for everyone is the world championship. If I were to say the best game I've ever played, I would either make it to the 2004 semifinals with Matthew Stevens, which I won 17-15, or the other would be a 13-12 win over Mark Allen in 2010.

Before Dott could reach this showdown with Ebdon, he was in the semifinals against his well-known opponent Ronnie O’Sullivan. The Rocket had already spotted the Scotsman in an all-out 18-8 win in the 2004 World Finals. This time he faced a wildly inflated Dott who kept pace with him throughout the entire encounter.

One factor connecting the pair was coach Del Hill, who worked with Dott after previously coaching O’Sullivan. In retrospect, Dott admits that his contributions were instrumental in the win. 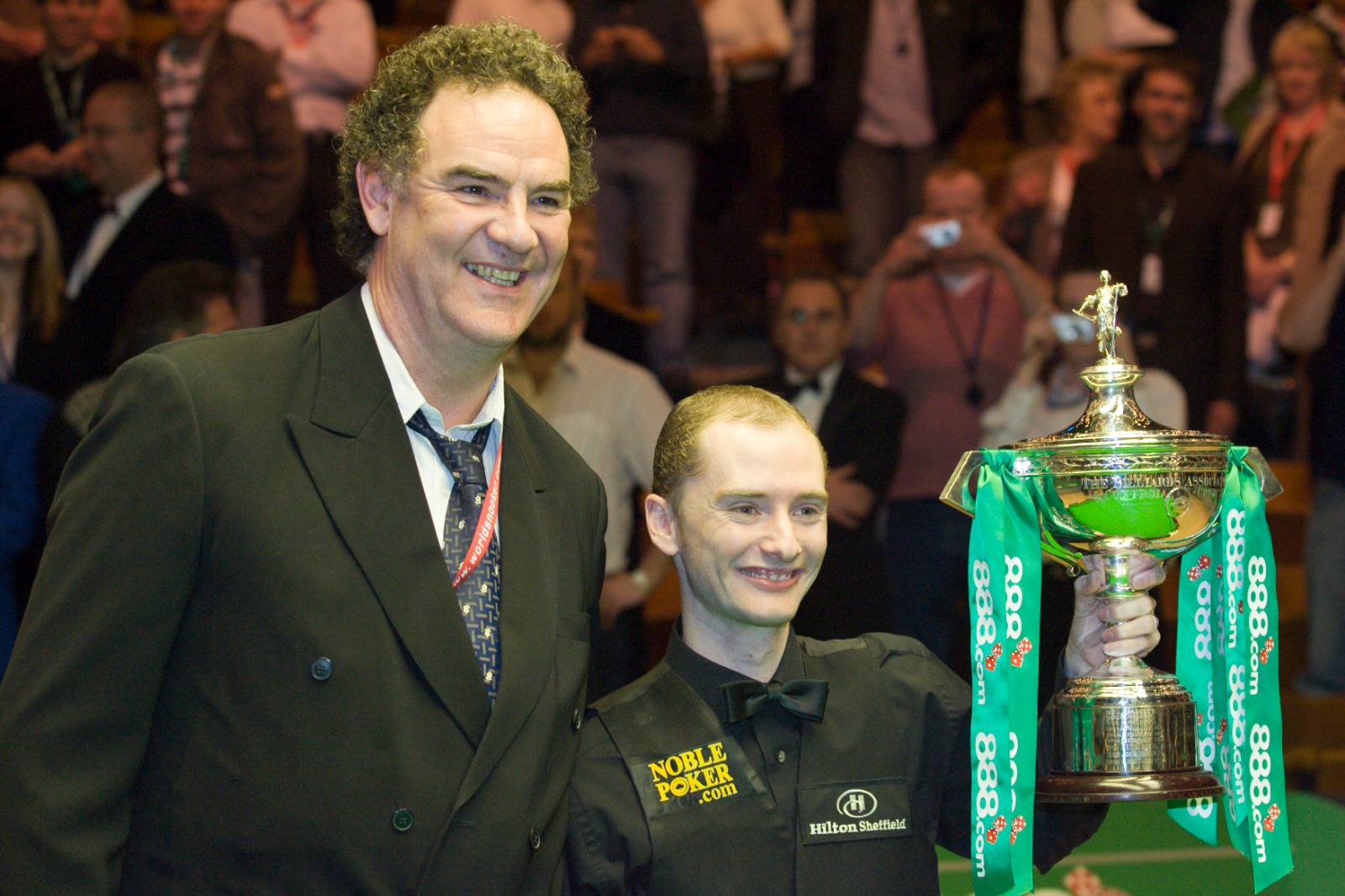 Dott admitted, “I don't think I would have won this match without Big Del, to be honest. He told me how he thought the game would play out and what he thought Ronnie would be. Everything he said came out exactly as he described it. It was really amazing.

“I prefer to keep a lot of what he said to myself. One part I can say was safe to do. Ronnie is fantastic when it comes to safety. Del said I had to stay in the battles longer. In many games, you have to play two good safes to get a chance. With Ronnie, you may have to play four. We tried to play the security exchanges as standalone games. Try to win these battles and take it from there. Del said if you break him down and keep winning these exchanges, his head will fall and he will get frustrated. That's exactly what happened. "

A particular focal point in the match came in the second session when O’Sullivan bit off his tip and left the arena to have it repaired backstage. Dott was upset with O’Sullivan for biting off the tip instead of going through the usual process to get the referee to stop the game.

“I got a little pep when he did it. At first, outside in the arena, I thought it was okay. I didn't realize he'd bitten it off until I was back in the locker room. I wasn't happy and I was pretty excited because we were in the middle of the game. I wasn't very satisfied.

“It really cheered me on. It wouldn't have felt like this to Ronnie, but it felt like a grudge to me. I was ready for it. Before the third session, to me it felt like he really gripped my hand as we shivered before playing. For me it was the best way to play, with this feeling and this intensity. "

This third session proved to be one of the most memorable in Dott's career to date. At 8-8, he whitewashed his illustrious opponent to be just one frame away from winning at 16-8. He quit the job the next session to score a comfortable 17-11 winner and secure his spot in the final with Ebdon.

“Winning the third session 8-0 has boosted my self-confidence enormously. I know this is a pretty famous session and not many people are going to do this to Ronnie. I still played better than that session, but it was so satisfying that I didn't slack off, take my foot off the gas, or fill the bottle. When a lot of people get into this position, they start to think about it. I knew I had him where I wanted him. I didn't take my foot off his throat and I didn't let him feel comfortable during the entire session. " 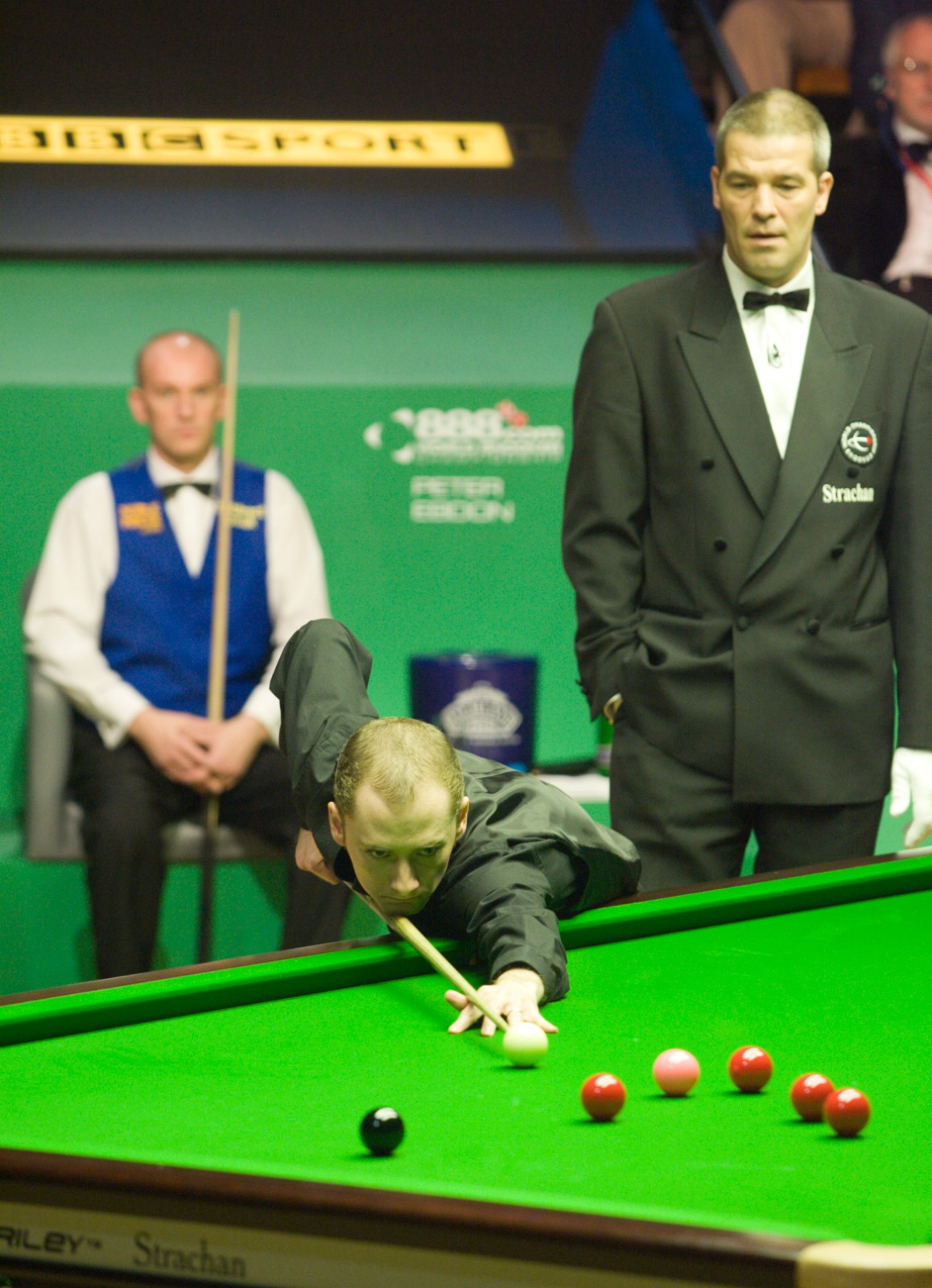 Moving into the final Dott, like many others, had an unenviable record against Ebdon after losing all five of his previous games. However, the confidence he had gained from his last four losses to O’Sullivan fueled the belief that this was his time and his chance.

The Larkhall Cueman went into the match ready to dig to any depth to defeat his steely and sometimes leisurely opponent.

“I had never beaten Peter before and many moments in these games were times when I was very frustrated. He would slow down the games and I would get angry. I was prepared for that this time. It didn't matter how slow or how long the game would be, I wouldn't be frustrated. It just turned out that way, and the game seemed to get longer and longer, but I just didn't give up. I was really confident that I could win. In the other finals I had competed in, I was a massive underdog. It felt like an even game against Peter. It was nice to be in one I thought I could win. "

The first three sessions all went according to Dott's path and a dream of the first world title seemed almost certain as he led 15: 7 in the last evening. However, the complacency that did undo many sports stars on the biggest stages crept into Dott's normally impenetrable psyche. After Ebdon narrowed the gap to just two frames at 15-13, Dott knew he had to do something to turn the tide.

“When I won the third session, I foolishly thought there was no way I would lose by 15-7. I actually went to sleep in the locker room between the afternoon and evening hours. I went to sleep thinking it was done. When I woke up and got ready for the last session, I was actually too relaxed. I felt like a million dollars walking into the arena.

“I started playing and couldn't sink a ball. I couldn't sink a single ball. I panicked. It was a bit like a marathon runner who is miles ahead and his legs go. Suddenly you feel like you are walking through superglue and someone is charging after you. At some point I really thought that the only possible outcome would be for it to slip away. It was a terrible feeling.

“I went to the bathroom, washed my face and poured 15-13 of water over my head. I didn't mean to wait, a lot of people are waiting too late to shake themselves up. That didn't work and I had to act immediately. I decided that when I got back out I would open my arm and start shooting. Fortunately it worked and I crossed the border. "

The clock stood at 12:53 when an exhausted Dott finally climbed past the goal post to seal a momentous victory. At the time, it was a record for last placing in a Crucible final. He admits there was only one emotion flowing through his veins immediately afterwards

“The emotions were more relief than ecstasy. If I had won 18-10 it would have been different. It turned out that I felt like I won it, then I felt like I lost it and then it felt like it was given back to me. I was just so relieved. It was still a phenomenal feeling. For years I had watched other people receiving the trophy on television. It was surreal to hear my name being called and stepping forward to pick up the trophy. It's something I will never forget and no one will ever be able to take away from me. The drive home the next day was something special. Along the freeway outside of Larkhall they had the big signs and said hello to me at home and that was really nice. These are the little things that you remember and that you don't experience often in your life. "

15 years later, Dott is once again at a critical point. He needs some great performances as the Race to the Cazoo Masters is going to be hot. Dott is currently in 17th place, one behind the qualifying spots, but the events are missing to fill the void.

The Pocket Dynamo will compete for a big run next week to compete for a first trip to Alexandra Palace since 2013. He faces Mark Davis in the opening round of the BetVictor English Open in Milton Keynes. You can be there to see how Dott and a world class field fare. Click here to book tickets now.